X
You are here: Home / Esther Miller Stories / Our First Winter in Clive

It had been a mild fall with little or no snow when we moved to the old house in Clive. I remember because Mother marveled that the ground was still bare. In 1957, houses…especially old houses…were not insulated. Wood-framed windows usually leaked air, and glass was singled-paned. The insulating value of a single pane of glass must be just about zero. 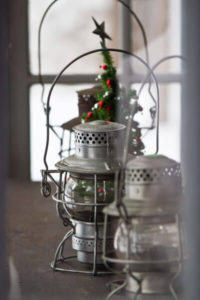 We had a coal-burning furnace with a stoker to automatically feed that coal to heat a big jacket of water which circulated through the radiators. Except it didn’t. Nothing worked. The stoker didn’t work. There was no water in the system. The water pump didn’t work. There was air in the lines from the well, which was way up in the pasture behind the barn, all the way down to the house. And finally, there was no water in the well.

At least my brother and I got to go to school where it was warm but Mom and Dad were stuck without heat or water. Grandpa and my uncle were furnace men and Grandpa was an electrician, so together they got the stoker working again and after several days, managed to get enough water into the system that we got heat. Of course, the snow arrived before the heat.

Either the landlord replaced the pump or Grandpa got it working and I can remember to this day the sound of a water pump pumping air from the lines. But there isn’t much point in pumping air if there is no water at the other end. The well was hand-dug, lined with un-mortared bricks, and covered with a big wash bucket and a heavy rock. If you took off the bucket, you could see the well wasn’t very deep but it did have a little bit of water in it. If only we could get it. 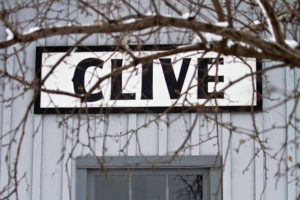 On Christmas day, Dad got enough air pumped out of the lines that the little bit of water in the well made it all the way to the kitchen. Mother’s greatest gift that Christmas was enough water to wash every dirty dish in the house. All the everyday dishes, the wedding dishes, the left-over, seldom-used funky dishes that didn’t match…everything we owned got washed that day. And then there was no more water.

For the rest of the winter our water came from three sources. Every morning before school, I filled Mom’s canning kettle as full as I could with the cleanest snow I could find…no mean trick when you have coal ash everywhere. The kettle was put on the radiator to melt and that was dishwater, wash-your-hands-water, scrub-the-floor water, and finally, at the end of the day, flush-the-toilet water.

Cooking and drinking water came from a 10-gallon galvanized bucket we took to church every week and filled with good city water. If that ran out before the next church service (we went to church a lot), then we’d take the bucket to the railroad station and pump water from the hand-pump outside the station. That water had an iron taste to it, either from the water itself or from the pump which was so rarely used.

I think Mom must have saved some of the snow melt for mornings and heated it on the stove so we could wash our hands and faces before school. Back then, most people did not shower or bathe every day. One good bath on Saturday night was common. Besides, it was winter. Nobody got sweaty and stinky…at least no stinkier than anyone else.

Our lack of water lasted until spring when The Miracle of the Well occurred.

Note: This is the second of 11 stories written by Esther Hastings Miller. Follow along as she shares her precious memories of growing up in Clive, Iowa.

Timeline PhotosMake plans now to stop by 5 Borough Express tomorrow morning for a coffee and bagel to start your week off right! They open at 7 AM and are located inside the MercyOne Health & Fitness Center. #CliveRestaurantMonth ... See MoreSee Less

Members of the Clive Fire Department proudly presented a donation of $665 to Becky Brommel with the Pink Tractor Foundation for their efforts in supporting patients and survivors of cancer in Central Iowa.Thank you to our members and the community for purchasing shirts during our 2021 campaign, making this donation possible.Pink Tractor Foundation City of Clive ... See MoreSee Less